The Sapsan high speed train was something different and new. In the US we aren’t used to having particularly great public transportation outside of cities. The Sapsan connects St.Petersburg and Moscow, and is a new addition to Russia’s rail system. The ride between the cities is a little under 4 hours for what used to be an overnight trip. The high speed rail is smooth and the interior would make Amtrak jealous! The train is named after the Peregrine Falcon (the Russian word for it is Sapsan) and travels at a top speed of 200km/hr.  The Sapsan is a sign that Russia is going places.

The public transit in Russia is impressive, not only the Sapsan, but great metro systems in both cities that are fast and timely. In Washington DC we are used to waiting 5-15 minutes for a train but in Moscow or St. Peter we wait less than 2 minutes between trains. We definitely hope to ride it again someday. 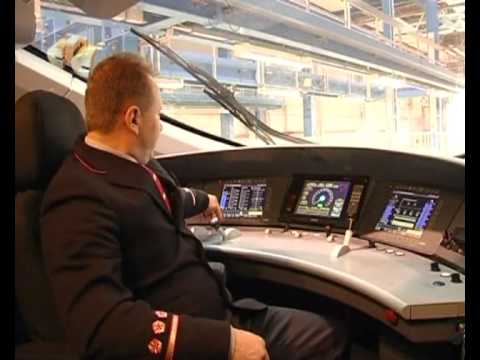 This entry was posted in Moscow, Transportation and tagged Excursions, Moscow, St. Petersburg. Bookmark the permalink.